Confessions Of A Reluctant Starseed 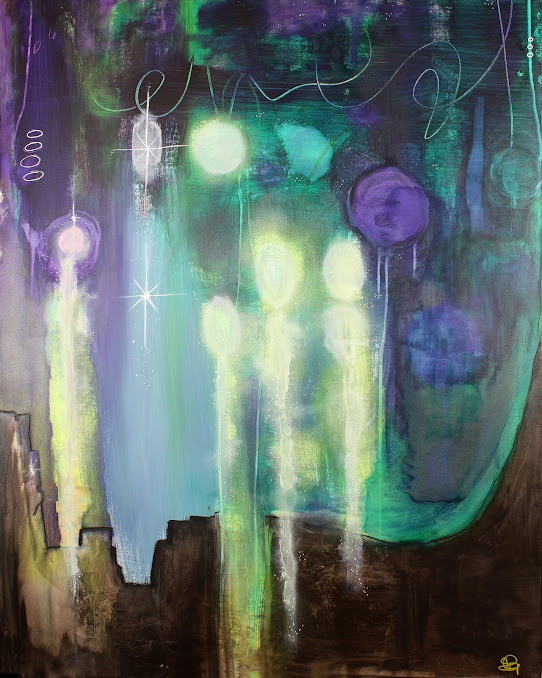 Hi, my name is Stephanie and I am a starseed.

I am pretty sure this is something I have known all of my life but have never wanted to admit to myself because I thought that would mean I was crazy. I talked myself out of things I would experience and intuit, chalking it up to a vivid imagination. In the mid nineties I began to feel like something big was about to happen. This feeling would ebb and flow but never fully went away. I would wait for something "big" to happen and then when it didn't I'd have proof that I was kidding myself and continued to go on with my life, tamping down my knowing, keeping my mouth shut and feeling like something was wrong with me. 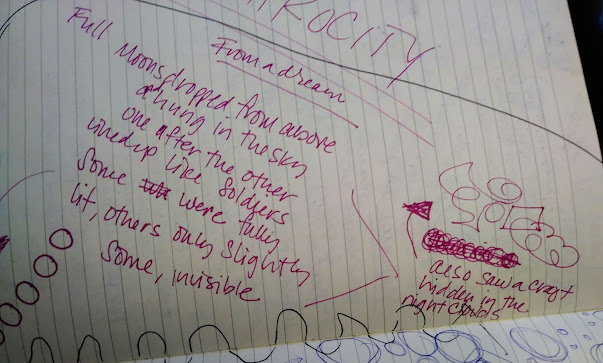 Flash forward to the year 2012 and everything began to change for me. I started to question the narrative I had been living in all of my life. I started to wake up to the idea that we are more. I felt things deeply....to the point of overwhelm. I had vivid unusual dreams... of crafts in the sky, being on crafts, meeting other beings and living other lives. I began receiving what I can only describe as "downloads" that would scroll behind my eyes in the middle of the night. It was around this time that I also began to know in my entire being that we were in the process of an evolution - a big shift in consciousness on the planet. In April of 2020 I saw my first UAP/UFO over my neighborhood (my neighbors and husband also witnessed this and that felt validating).

What I feel is true for me now is this:

We are indeed in a planetary evolution to raise our consciousness and that many others are experiencing or will begin to experience things similar to what I've just shared. I am here to support this evolution by making art infused with light as well as using it as a way to connect with Interdimensional beings. Also by using my process art background and the creative process to guide others to connect to their own light and truest self and to create safe spaces for those who are feeling similar things and are needing to be heard and seen and treated with respect.
It feels good to finally allow what I have been keeping inside out into the world. And even as I do so, I know I risk losing some of the relationships I honor in my life. But living with such an important part of me crammed down and hidden is no longer an option

Whatever we call ourselves - Indigos, Starseeds, Starchildren, Wanderers, Seekers, Pioneers, Misfits or Mystics....there IS a place for us, right here where we stand. And most importantly, we are not alone.

Online sessions with or without art available HERE

Popular posts from this blog

January 29, 2022
I feel like I’ve just finished a very intense and in depth master class. If the course had a title it would probably be something like, “Adapting To The New Paradigm - Reading Your Energy To Know What’s Working” .  It’s been a totally immersive, 8 week lesson that started with looking at how much money my husband and I have and allowing the number to freak us the fuck out. So much so, that the only alternative we felt we had was to sell our home. The minute we decided this, it felt unbelievably sad and we both experienced a huge amount of grief around the idea of letting this “family member” go.  After we worked through the grief, we set about engaging in a string of contract signing with several companies and individuals who wanted to buy our house. It was excruciating and confusing to watch each deal that we'd make, magically dissolve into big piles of steamy horse excrement. All the while, each step we took was bizarrely out of sync with our normal way of being in the world. O
Post a Comment
Read more

September 27, 2021
Hello and welcome!  I am an intuitive artist, writer and creative transformation guide and have spent almost 3 decades practicing process art . Along the way I gathered creative tools that helped me to remain grounded and centered through some of the toughest transitions of my life. As an added bonus these tools began to connect me to my light and surprisingly - interstellar/interdimensional beings.  I feel strongly that we are in the beginning stages of a planetary evolution of consciousness and that  many of us   are experiencing or will begin to know quite simply, that we are way more powerful than we've been led to believe.   I am here to support this awakening and evolution  by  making art infused with light  as well as using it as a way to  connect with Interdimensional beings . Also by using my process art background and the creative process to  guide others to connect to their own light, truest self  and interdimensional guides. It's also important for me to create  saf
Post a Comment
Read more

February 13, 2022
I've just opened a Redbubble shop! This has been something I resisted for a LONG time. But now it feels like this is just what happens next.  It feels scary and vulnerable and totally right. A few of the designs are what I would consider channeled in that I didn't have much of a hand it what came out and also, they because they are infused with light, which is totally new for me. And there are some images from my altered books that were all about expressing what I was feeling in the moment.  I would love it if you took a few minutes to check it out!
2 comments
Read more